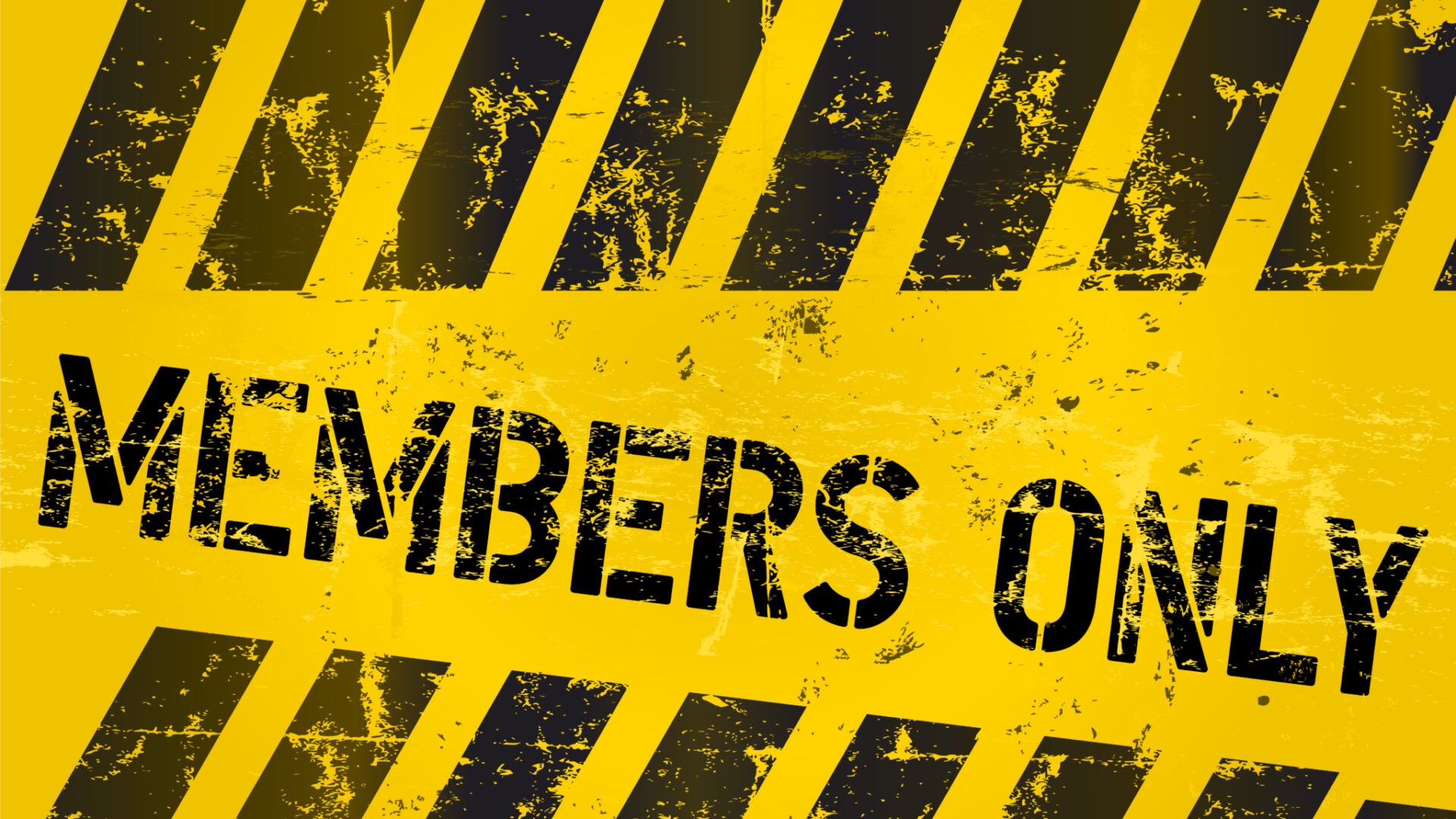 Update: MemberPress has now been added to this list of WordPress membership plugins.
WordPress grows more popular every year and it's now not only known for being a blogging platform but also a very powerful CMS, with that comes the demand for WordPress to do more things and has more features.
One of the most popular alternative uses for WordPress is building membership/subscription based websites, with this demand a few great WordPress membership plugins have popped up. I myself just recently launched my membership website Mixtapes.TV with one of these plugins and it's been great. Before I chose my membership plugin I researched for a couple weeks to see which plugin best met my needs, below is the list of plugins I came across.

The originator of this whole membership website software thing. Way before WordPress became the most widely used Blogging and CMS platform and over a dozen WordPress membership plugins popped up, aMember was the go-to software for powering membership websites.
The veteran aMember software has kept up with the times and has made many changes, one of the biggest changes it’s made is that it’s now a fully integrated with WordPress by default so there is no need to buy an additional plugin. So it’s a membership website software and  WordPress membership plugin at the same time, the only of it’s kind and it’s also the only one that supports both Plimus and Authorize.net with the CIM feature.
Read our full review of aMember: Need a Membership Website Software? aMember is Still The Best Solution

The now very popular WishlistMember plugin was not even around when I first started looking for membership plugins, but when I later ran into it, making the choice to purchase it was a no brainier because before it came along none of the other plugins at the time were that great. Some of the features that stood out were Sequential Content Delivery, Multi-Level Access, Secure RSS Feeds, Control Viewed Content and features that just weren't available at the time with other plugins, just by watching the videos on the site you can tell that the plugin was built by someone who actually has a membership site and understood how they worked. I bought WishlistMember a while back but I just started using it last month to launch my membership website MixTapes.TV which is a niche music subscription based service.
WishlistMember is also frequently updated, their next update will be a big one where there going to have new integrations with Mailchimp.com, file protection, infusionsoft integration and more. Another great thing about WishlistMember is the fact that it has an API which makes it easy to integrate with other plugins and 3rd party services in fact. I'm using an in-house media plugin that is fully integrated with WishlistMember and I'll be releasing that plugin in the future for FREE! WishlistMember most likely will have what you're looking for in a membership plugin and would be a great choice for your project.

Honestly, If this plugin was around before I purchased WishlistMember I would have purchased it because even though I love WishlistMember there were some key features that are not available yet.
Most of these features MagicMembers had because now that they had a blueprint like WishlistMember to follow so all they had to do is copy them and then add more features. Some of the key features include the download manager, integration with Authorize.net and WorldPay, member only RSS feeds and more.
One of the things that allot of people want from a membership plugin is the ability to run an affiliate program, MagicMembers solves this problem by offering an another plugin called MagicAffiliate which is fully integrated with MagicMembers and WP E-commerce plugin.
Many people would argue that this is better than WishlistMember, and it's a valid argument. It depends on what exactly you're looking for, they're both the same price so the decision solely depends on features.

When I first ran into this plugin I wasn't impressed with it mostly because of it's pricing at the time which was subscription based, it was one of the first WordPress membership plugins and didn't really have many features to begin with. As the competition grew they stepped their game up and rolled out all the features expected from a membership plugin and I like the fact that they support Google Checkout which MagicMembers and WishlistMember do not.
The best thing about wp-Member is how much you can customize your member registration page, something that is not as flexible with WishlistMember and MagicMembers. This is very important for a membership website and I'm glad to see wp-Member put so much work into it, below are some screen shots of different types of registration pages.

This plugin is like MagicMembers and WishlistMember on steroids, they take all the best features from both of them and then add 10x more features, I mean damn near overkill. If you can't find what you want with this membership plugin you might as well just build your own. They support more payment processors than any other membership plugin which include Paypal, 2Checkout.com, ClickBank.com, PayDotCom.com, e-junkie.com, Google Checkout, Authorize.net, and even TrialPay. if you want to run your own affiliate program MemberWing can be fully integrated with the number one affiliate management software iDevAffiliate.
They also have this really cool feature called First Click Free that allows better promotion of membership site on search engines. Implemented according to Google First Click Free Specs.
Other features include a powerful file protection feature as well as being fully integrated with TraceFusion that finds out exactly who steals, illegally shares and distributes your premium materials on the internet. Detect, Trace, Terminate and Prosecute members who are involved in illegal sharing of your premium digital content. TraceFusion is like CCTV security camera with night vision and recording – but implemented as a software to protect your digital property against crooks, giving you the power to protect your online business like never before.
And that's just the beginning of the features that they offer If this was around in the early days of membership plugins, this would most likely be my choice.
The only downside to MemberWing is that they only support 4 different membership levels but for 90% of people that's more than enough.

Along with purchasing Wishlist Member, I purchased WP eMember not because I wanted it but they offered an Affiliate Software that was compatible with WishlistMember, they offered a packaged deal so I ended up buying them all.
Judging by the price I didn't think this plugin would have many features but I was wrong. It comes with all the features that you would expect from a membership plugin and it's compatible with a list of other plugins including their list of in-house plugins which includes Affiliate Software and WP eStore.

This is another great WordPress membership plugin with features that rival MemberWing. Payment processors supported include 1ShoppingCart (and all private labels), ClickBank and Paypal Standard, for shopping cart Digital Access Pass directly supports Authorize.net, Paypal Express Checkout, and Paypal Payments Pro. No need for 3rd party shopping carts. Digital Access Pass itself becomes your Shopping Cart.
Key features include:
Digital Access Pass has a built-in affiliate program that supports both Pay-Per-Lead and Pay-Per-Sale, this is a big deal!
File protection for .mp3, .zip, .flv, .zip, .exe. .pdf, .doc. .xls, .mpeg. .swf, .js.
Pay As You Go Subscriptions, Pay-Per-View, Pay-Per-Download.
They are at least a dozen other features that make this plugin incredible, this is worth checking out.

This is a very basic and simple membership plugin that allows you to run a simple membership website using PayPal for payments. If you're not looking for crazy over the top features for your blog then this is the plugin for you.

A newcomer to the WordPress membership market with a few standout features like being the only WordPress MU compatible membership plugin and easily integrated with self-hosted or online affiliate marketing systems. They also have a cool built in HTML E-Mail newsletter feature for mass emailing your members.

I don't know much about this plugin except that it's a “WordPress membership plugin that will turn a normal WordPress site into a full featured membership site, with all the imaginable protection controls at your disposal, yet drawing its data from your Infusionsoft application. You guys will have to do your due diligence with this one. “
That last one was quoted folks….
Well, I gave you the list, the hard part is now finding the one that best fits your needs. Remember the best membership plugin may not be the best for your site, Digital Access Pass, and MemberWing both beat out WishlistMember as far as features are concerned but they didn't offer an API and WishlistMember did which was something I needed for my project, so that's something to keep in mind.
Good Luck, Chozen…….