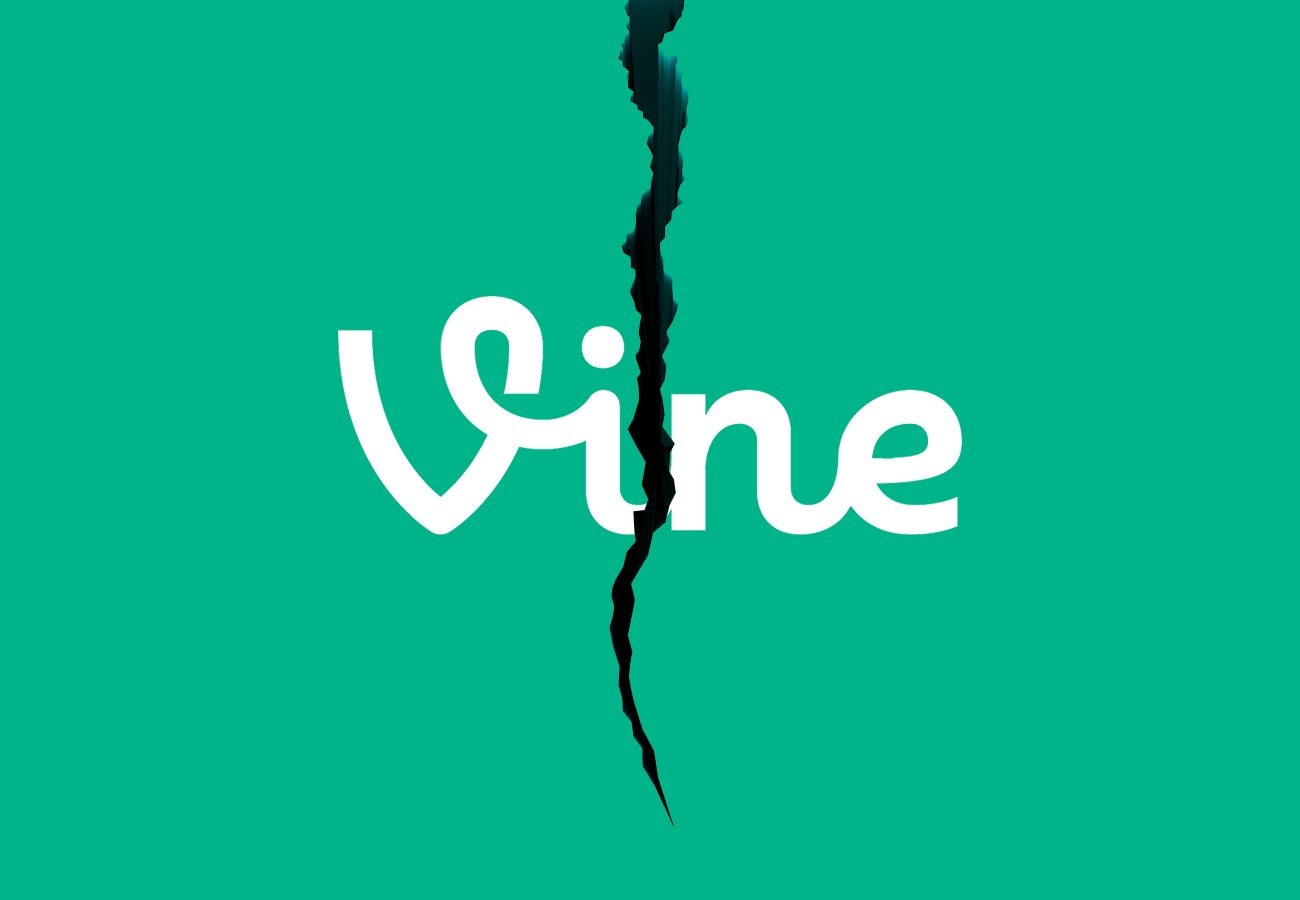 Vine is officially throwing in the towel even though they've been dead for about a year now. 3 years ago, I predicted the death of Vine when I posted my first video to Instagram the day they introduced 15-second clips on the then exclusively photo-based app.

I knew back then and now that prediction has come to fruition.

Since 2013, millions of people have turned to Vine to laugh at loops and see creativity unfold,” the statement reads. “Today, we are sharing the news that in the coming months we’ll be discontinuing the mobile app.

Vine users should be reassured that their previously posted clips won’t be deleted, however — though the creation of new ones seems less likely in the coming months.

Nothing is happening to the apps, website or your Vines today,” the note continues. “We value you, your Vines, and are going to do this the right way.

You’ll be able to access and download your Vines. We’ll be keeping the website online because we think it’s important to still be able to watch all the incredible Vines that have been made.

I can't even begin to tell you the number of hours I've lost to watching 6-second videos on Vine, hours of laughter and memorable moments. Some of the funniest stars that are currently on Instagram and Snapchat are actually Vine refugees.

Many of which transformed their 15 minutes of fame into full-blown careers by establishing themselves on other platforms.

Without Vine, we may not have known folks like the following:

That's just to name a few, the ones above have long since graduated to bigger and better things but for most, Vine will be the peek of their internet careers.

I spent about 45 minutes on Vine today (after not being on there for about a year and a half), just gauging what the community is like now.

The community is basically non-existent, folks with millions of followers haven't posted anything in months, the last few things they posted had only a few hundred to a few thousand likes and reposts to them.

It was actually kind of heartbreaking, given how pure and raw this community was in the beginning.

Ironically, the announcement of the shutdown is the most activity Vine has seen in months, with many of the big Viners returning to bid their farewells, some were even brought to tears.

Most news reports on the Vine shutdown will focus on the financials but since our site is mainly Experience Design driven, our focus will be on user experience and everything thing tied to it, which is basically every part of a business.

So here's why Vine really died.

Vine's innovation in the department of features was moving at a snail's pace, the very day Instagram announced the video feature, they should have adjusted by extending their video time as well.

In fact, a really cool approach would be to create a set of different time increments (6, seconds, 12 seconds & 24 seconds) which still keep the 6-second clips relevant but also give the power users the ability to create longer form content.

Of course, now they have long-form clips but that feature arrived a few months ago, which is too little, too late.

Something like that could have made a significant difference in the platform 2 years ago.

The growth rate of this photo app was too much for Vine to handle, the moment they introduced the video, direct messaging and enhancing its discoverability features – the relevancy of Vine dropped significantly.

Viners that established themselves on Instagram just didn't see the point posting the 6-second clip when they could do a 15-second clip to basically the same audience.

Facebook being the owner of Instagram also helped, the culture of Facebook as a platform is to always innovate and they're not afraid of aggressively releasing new features many of which fail but a lot of them also stick, this culture without a doubt spilled over to Instagram and how they operate.

Time and time again we've seen Twitter show no signs of being able to do anything innovatively or timely.

We're now at the end of 2016 and 140 characters limit is still a thing, it's still the core of Twitter's business, a feature that was only created to cater to the userbase that was shackled to the pre-smartphones of the time period.

This is something that should have long since been done away with. Twitter introduced things like Moments and a of other minor features with years of no activity between feature releases.

Vine suffered because of this, having a company that failed to innovate its own platform inevitably failed to do the same for Vine.

This app, that almost failed, evolved into what is considered to be the latest iteration of what social media is today.

If you break down Snapchat to its core feature, it's basically 10-second Vine clips that expire after 24 hours. Once Snapchat became of the cool kids, Viners inevitably started to convert to becoming Snapchatters.

A convenient feature Snapchat has is that users can save the snaps they've made in a given time period into a single video and export that elsewhere.

This was something Vine had, not natively but curators did it for them (think Vine compilations on YouTube). Snapchat however, bypassed the curator altogether by making that feature native to the platform.

Snapchat but that's a whole other discussion.

Unlike most other video platforms, creators are making bank on YouTube, Viners like Jus Reign and King Bach abandoned Vine altogether to create videos on YouTube and have been successful at it.

YouTube's contribution to Vine's death is to a much lesser extent than Snapchat and Instagram but it did contribute nonetheless.

There were countless times Viners pointed their followers to subscribe to their YouTube channel for longer videos. The same is happening now with

Instagram and Snapchat where users are sending their followers to YouTube for longer videos, the secret is out, YouTube is making regular folks into millionaires and the video gold rush is on.

Snapchat and Instagram have grown up, that never happened for Vine – it was born as an entertainment platform for kids and perish the same way.

Of course, a large number of who watched Vines were but they were not significant to the community in terms of engagement.

The platform was always known as a platform for kids & teens, I saw a ton of Viners posting high school graduation clips to the platform, they were all growing up.

So was the audience but the platform didn't so people moved on once the real world started hitting young stars.

Lastly, I'll end this off by talking a little about financials. Vine simply didn't know how to make money, the creators on the platform were earning quite a bit of money with ad agencies but not Vine.

Twitter should have created its own Vine ad platform or acquire one that was already doing it successfully.

But again, being tied to a parent company who's own ad platform is performing poorly wouldn't have done anything like that.
And now this is where we're at, a once massive social video platform has bit the dust and this is just the beginning.

The tech bubble is very real and the death of Vine one of the many casualties you're going witness in the next 24 months.

Don't be surprised if Twitter goes under if they don't take the right steps to stop the bleeding.

Anyways, that's my take on why Vine died, feel free to share your thoughts.