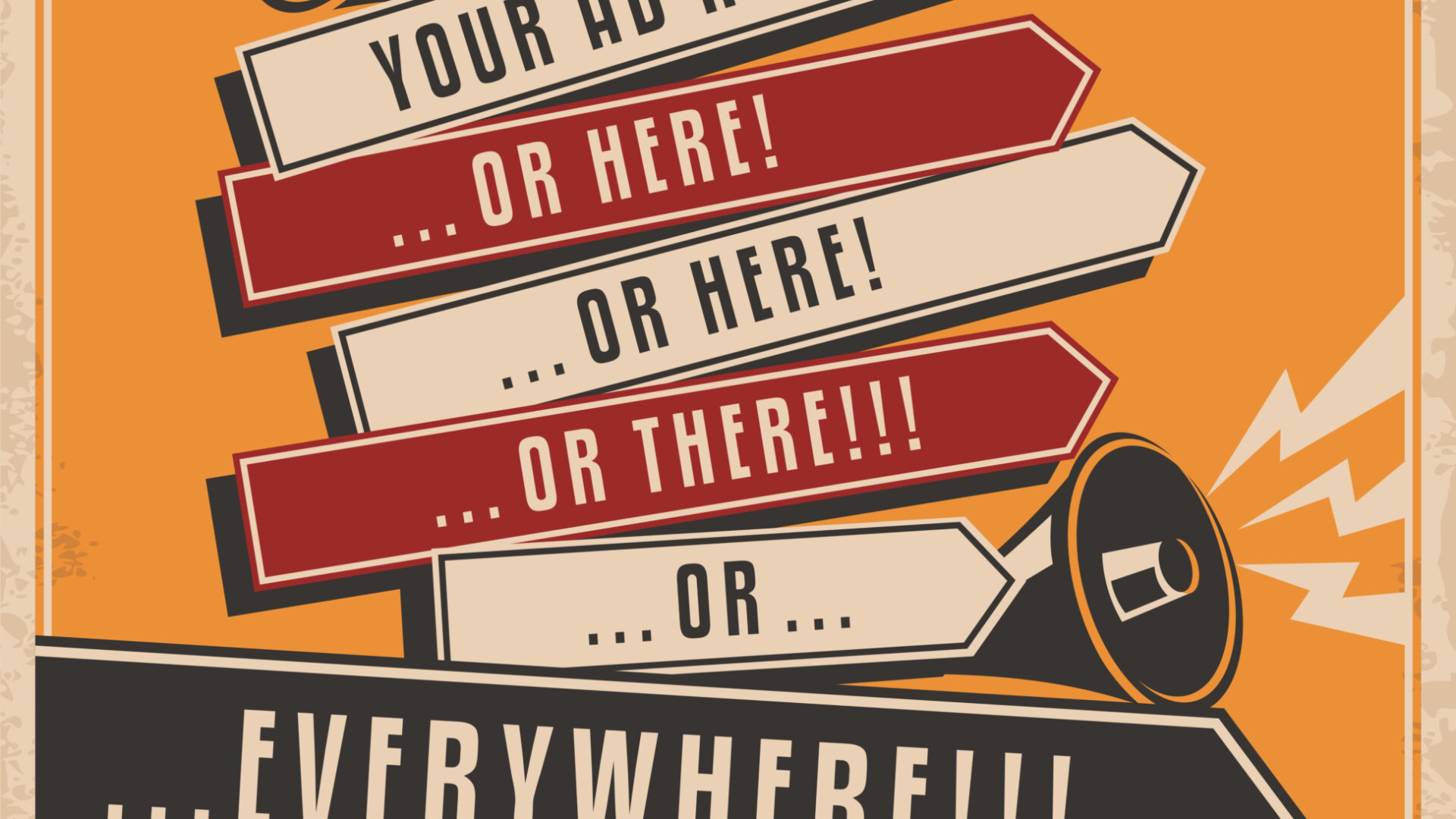 In this article, I'm going to cover how to sell direct advertising on your site, whether it be WordPress or not.
One of the most overlooked ways to make money from your WordPress site is by selling advertising space directly on your website.

It's not because most people are unaware that they can do that but because in most cases it's not a simple task.

Many people use Google Ad Manager but it's a very tedious process or they use an online service like BuySellAds which takes a big chunk, 25% out of your earnings or use a solution like OpenX that requires a lot of maintenance and updates.

When it comes to WordPress in most cases, it's best to use plugins instead of outside services to solve your problems.

This is by far one of the most important WordPress plugins I've ever purchased before this plugin selling advertising became a second job alongside running and update my websites. In 2010 this plugin brought in over $20,000 in additional income, now only 3 months into 2011 It's already brought in 40% of what it made last year.

It's a plugin that literally automates all aspects of selling advertising on your WordPress site, from taking the orders, displaying the ads, to providing the stats. It's very easy to install and setup and only cost $47.

Let's be clear though just because you get the plugin doesn't mean you'll starting raking in stacks of paper, you still need to put in the . So let's cover the steps you need to take in order to effectively sell direct advertising space.

Pitch Page: You need a proper pitch page or sales page to present to your advertising prospects, it's the sales page that advertisers will go to when they are interested in advertising on your website.

Take a look as Mixtapes.tv and iHipHopMusic.com advertising pages. The way those pages are set up has proven to be the most effective for my business, I provide a lot of statistical information to help them get a general idea of the amount of traffic they'll receive and from what type of audience.

You can gather this type of information by using services like Quantcast and Google Analytics, I use both of them because each one has a different purpose.

Quantcast is very good at measuring your audience by demographics such as ethnicity, income level, education, age group and much more.

It's a very popular service used and recognized by millions of website owners and advertisers around the world.

The best thing about both of them is that they're free and better than most of the paid services out there.

Press Kitt: Often referred to as a media kit in business environments, is a pre-packaged set of promotional materials of a person, company, or organization distributed to members of the media for promotional use.

In our case it would be a media Kit and it would be distributed to product and service providers, this kit would include all the best things about your website how many visitors your website receive, screenshot of your website pages, what search terms you rank for, honorable mentions, success stories from past advertisers etc.

Basically, it's an extended version of what your Pitch Page would be, both of which are proven to increase direct ad sales. A Media Kit though is more professional when approaching bigger companies and even agencies for advertising.

Multiple Options: Offer your advertisers multiple advertising options, such as different payment options, time periods such as daily, weekly, monthly etc. Give them incentives for being loyal customers such as a free week of advertising.

Make your advertising offer as flexible and feature filled as possible.

Knowing What To Charge Advertisers

This is where things get a little tricky, the reason why direct advertisers even exist and are looking for you is because they are looking for more affordable alternatives to advertising on Google, Yahoo, Facebook etc.

And the reason why you're looking for advertisers is want to make more money than what you're making from advertising programs like Google Adsense.

So now the trick is to provide a medium where you make more money but the advertiser spends less money.

How much should you sell your ad space for? The method I use is to at least double the eCPM rate you’re getting from Google AdSense. If a spot is making you $2.50 per 1000 CPM (Cost per thousand visitors), then sell it for a minimum of $5.00 per CPM.

It would be stupid to sell it for anything less than double because that is what Google is selling it for (assuming Google takes 50%). The whole point of selling advertising directly is to cut out the middle man and make more money.

When you use this method you now have the option of making your pricing flexible. So let's say the advertiser is looking for a cheaper alternative to Google, he's paying them $5.00 per CPM to advertise on your site or sites similar to yours and 50% of that (assuming that's what Google pays you) goes to you which would be $2.50.

What you would do now is seek out this advertiser and offer him a rate of $4.00 per CPM, he's already advertising on your website so best believe he'll take the deal.

So now you gave him a better offer and instead of making $2.50 per CPM your now banking $4.00 per CPM directly, that's a win/win situation at it's best.
You already know who your advertisers are, you can see them on your Google Adsense ads.

Take whatever Ad Network you're making the most money with, take the average CPM rate that they pay you and double it. Then you take the total number of page views you get a month and divide it by 1000, whatever number you get from that you would then multiply by that doubled CPM rate you first calculated.

Look at the example below.

Google Adsense is the highest paying AD Network for my site iHipHopMusic.com, so the math is as follows.

Google Adsense CPM = $0.63 (Google has changed its term from CPM to RPM which stands for Revenue Per Thousand visitors but it's still the same thing)

Now to calculate how much you would make.

So selling advertising directly would result in you making $2,520 while Google would only pay you $1,260

How would this work with the OIO publisher plugin?

You can't sell according to CPM rates with OIO Publisher, you can only sell ad units (eg 300×250, 728×90 etc) for a specific time period such as 7 days, 30 days etc. So what you would do is to use the same system but narrow it down to specific ad units.

So let's say we have an ad unit at the top of our website which a 728×90 ad size. Google Adsense has statistics for specific ad units so you can take a look to find out the number of page views, CPM, clicks and more an ad unit gets.

It's very simple but it gets even better, you see you can sell that ad unit more than once at the same time. They're called ad slots, on all my websites the rule I go by is that every ad unit has 3 ad slots which are rotated every time my site loads, don't worry OIO Publisher will handle all this for you.

My Hip Hop site gets over 2,000,000 page views per month so I figured 3 ad slots per ad unit would be the best option for me to make the most money, while the advertisers get the most exposure for their money. Just make sure it's beneficial to both parties or it won't work.

To make things even sweeter, you can offer an exclusive ad slot, this means one advertiser can buy out all the available ad slots in an ad unit. If you don't manage to sell out all your ad units frequently, this could be a good option for you.

One of my less popular ad units, I don't sell out all the ad slots so what I do is offer an exclusive ad slot with a 15% discount. You might think you're losing money but remember these are ad slots you weren't going to sell anyway.

Now, remember this still just one ad unit, on average a website usually has 3 to 4 ad units so you can easily double, triple and quadruple your earnings.

It's impossible to do this working with 3r party ad networks.

That pretty much sums up how to sell advertising on your WordPress site or any site for that matter. Even if your site isn't powered by WordPress you can simply create a second website via WordPress and use it as your own personal ad network. I did it, so can you.

In the next post related to this, I'm going to cover how and where to find advertisers for your website.