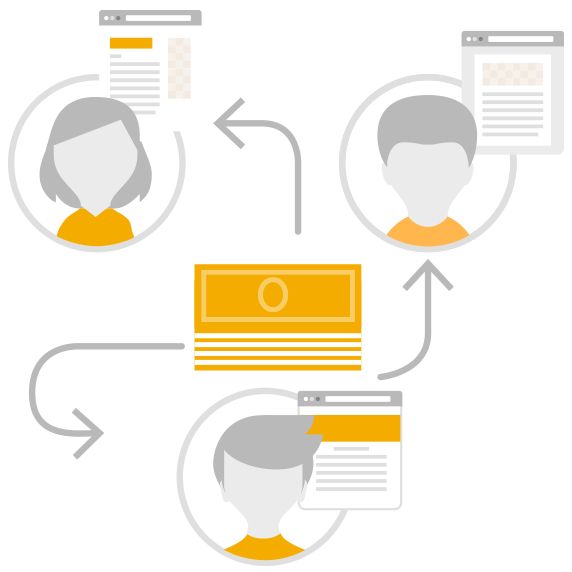 Have you ever heard of “fake outrage”?

Fake outrage is when a small group of people makes a big deal about something that the majority of people don't care about all in an attempt to get a rise out of people. These fake out-ragers AKA the low minority can be found in pretty much every topic.

What's the fake outrage about now?

There has been quite a bit of fake outrage when it comes to ads online, specifically ads on websites.

There is this assumption that people hate seeing text and banner ads on websites, which has resulted in a ton of different services and tools emerging to solve this problem that's not really a problem by blocking these ads.

There has to be a problem though right?

Well yes…..and no, ads on websites are totally fine, non-targeted ads are not. They're a big distraction and provide no additional value to the user, targeted ads are very useful and more times than often you buy something due to advertising.

We love to buy shit

We're all consumers and we love buying things, if I'm reading an article about improving vision and then an ad about LASIK eye surgery is strategically placed to get my attention, as a consumer, that's extremely useful to me.

Now if the ad was about buying some new age binoculars so I can see thing from a mile away, I wouldn't give a shit because that ad is useless in the context of what I was doing. Maybe I will want some binoculars at some point, but not at that moment.

You see, ads aren't the problem, context is, too many sites in 2015 are still serving up completely irrelevant ads that have nothing to with what the user is doing.

Google has bought into the fake outrage

Somebody over there at the Google machine, who's too smart for their own good and with too much time on their hands, has decided to launch an experiment called Google Contributor which aims to solve this problem that's not really a problem.

The whole premise of this service is to help users see fewer ads while supplementing that lost revenue for publishers by charging the user to support the sites they love.

According to their tagline

Today’s Internet is mostly funded by advertising. But what if there were a way to directly support the people who create the sites you visit each day?

Except that it doesn't make sense

Look, I get that Google probably wants to get in on the whole “users funding their favourite website” (Formerly known as donations) trend but this is the wrong approach.

There is a market for no ad experiences though

The Internet in a big place and growing bigger still, If you look hard enough, you can find a market for just about anything. Geeks Life and The Next Web are two sites are really like that are using the “crowd-funded model,” the difference it, The Next Web offers you zero ads for the money you pay which is much more attractive.

They're hundreds if not thousands of sites with cult followings that are doing this very thing, so it does work. Google's entire-web-one-size-fits-all approach isn't something I think is going to fly with publishers.

But hey, I could be wrong, but I rarely am.