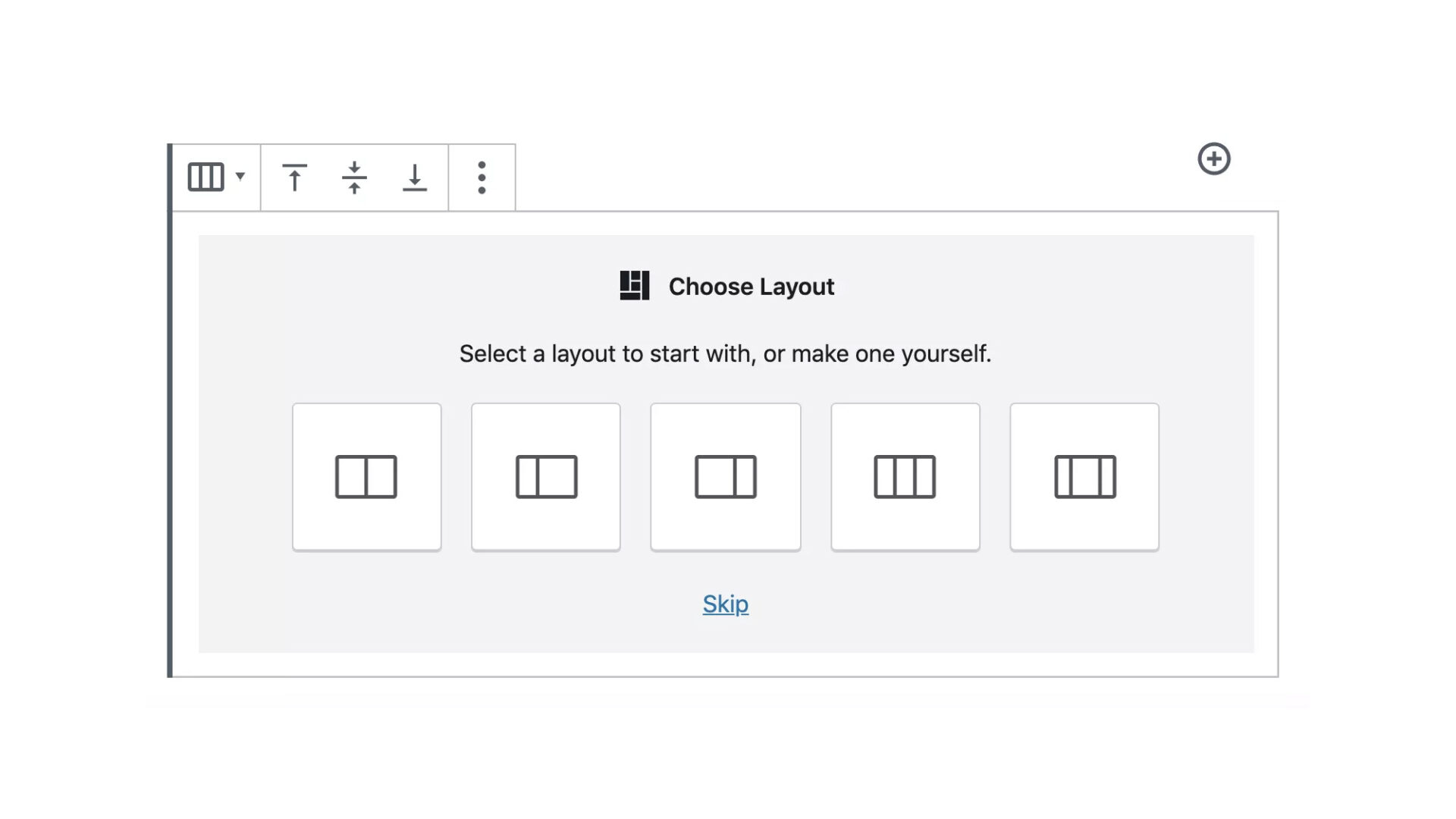 We're now 7 months into 2019 and Gutenberg is also at version 6.0, the clunky block editor continues to improve every month.

Gutenberg 6.0 comes with a bunch of bug fixes and improvements, the Group block is being improved and Accessibility remains an important focus, as it should be.

The most important feature from this update is a layout picker for the Columns block, allowing the user to choose from pre-defined layouts or to start from scratch.

This is something that I've been waiting for, up until now I've been relying on 3rd party plugins which is fine but something like this should really be native. I avoided using it because in its current state it's absolutely horrible and I doubt anyone has been using it.

Users now have the ability of select from a group of pre-defined column options, which are based on the most frequently used layout widths.

Below is a demo video clip showing the implementation.

This is a nice improvement, but it's very basic and 3rd party plugins are way ahead of Gutenberg with far more complex features.

Included in the column settings is a sliding percentage width control, so users can adjust the column widths, whether starting from a template or from scratch.

With predefined layout columns now being available, the enhanced the InnerBlocks component now gives developers the ability to have their own custom block options to appear whenever they insert their own blocks.

Another noticeable update made to the editor is the addition of a new notification UI called Snackbars.